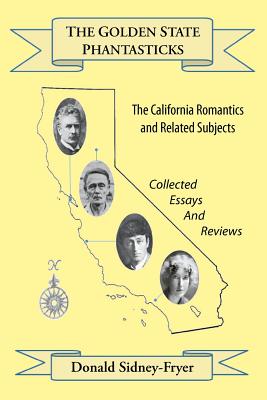 
Not On Our Shelves—Ships in 1-5 Days
(This book cannot be returned.)
Born, raised, and intellectually and culturally formed in New Bedford, Massachusetts, the whaling capital of the world in the 1800's, Donald Sidney-Fryer came to the Golden State when he turned twenty-one. During 1956 through 1960 and the summer of 1964, he studied Theatre Arts, French, and Spanish at U.C.L.A., and received his B.A. in French language and literature in September of 1964. His discovery of the prose fictions and poetry of Clark Ashton Smith led to Sidney-Fryer's investigation of that group of poets and fictioneers to which Smith belonged, now known (thanks to Sidney-Fryer) as the California Romantics. This fantastic pride of scriveners includes Ambrose Bierce, George Sterling, Nora May French, and others. In the five decades since 1961, the year of Smith's death, Sidney-Fryer has written at length on these writers, their lives, and their over-all achievements, as well as editing significant collections of their writings, when otherwise they remained almost totally neglected and unheralded. Apart from the two dozen books and booklets he has compiled, written, and/or edited, Sidney-Fryer has done more than pioneer in scholarship concerning Ashton Smith and his fellow poets. Summoned by his first and extended reading of Edmund Spenser's epic The Faerie Queene to his own vocation as a poet (during the winter and spring of 1961), Sidney- Fryer has in particular continued the traditions of the California Romantics in an innovative and radical manner. He has also given innumerable recitals not just of his own works but of those by his chosen predecessors, including Spenser along with many others. This volume gathers together for the first time the essays and reviews of this pioneer of phantastick literature, mostly long out of print and reprinted here for the first time.