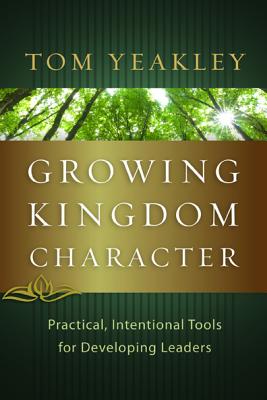 
Not On Our Shelves—Ships in 1-5 Days
We've all seen it before--experienced leaders failing due to some type of transgression. Author Tom Yeakley believes this happens because character flaws that were always present begin to come forward. Based on his 30-plus years of discipleship and coaching experience, Yeakley has developed Growing Kingdom Character to help current leaders challenge emerging leaders to intentionally developing their character. Teaching, exercises, and Bible study make this practical handbook a must-have for those involved in mentoring young leaders. The fruit will be integrity, maturity, and wisdom in a new generation of leaders.
Tom Yeakley has been involved in coaching and developing leaders for more than thirty years with The Navigators. He and his wife, Dana, are active in mentoring emerging leaders one on one, speaking at conferences, and developing leaders both in the United States and internationally. The Yeakleys have been on staff with The Navigators since 1978. They have three married children--Michael, Amy, and Stephen--and five grandchildren.