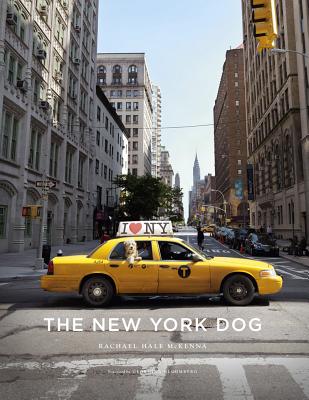 
Special Order—Subject to Availability
Following in the paw prints of The French Cat and The French Dog, The New York Dog showcases Rachael Hale McKenna’s signature photographic style in the Big Apple. Capturing both the atmosphere of the city and the personalities of its canine residents, Hale explores the life of the New York dog from many angles, showing dogs taking walks, riding in taxis, lounging in extravagant apartments, shopping in boutiques, visiting spas, dining in restaurants, and much more. From purebreds on the Upper East Side to loveable mutts in Queens, The New York Dog celebrates the wide variety of dogs that live throughout all five boroughs of this great city.
Bestselling author Rachael Hale McKenna is one of the world’s most popular photographers. Her books, including The French Cat, The French Dog, 101 Salivations: For the Love of Dogs, 101 Cataclysms: For the Love of Cats, and Why Dogs Are Better Than Cats, have sold more than 2.8 million copies in 20 languages. Born and raised in New Zealand, Rachael now lives in France with her husband, Andrew, and their daughter, Charlize.