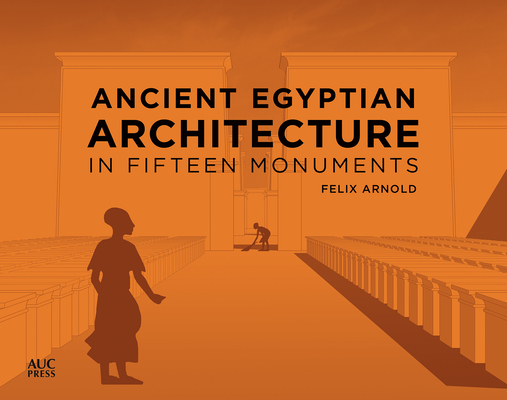 The monuments of ancient Egypt have held scholars and tourists in their thrall for centuries. The sheer mass of the pyramids of Giza, the interaction of the temples at Deir al-Bahari with the natural environment, and the use of light in the hypostyle hall of Karnak all make these buildings world-class masterpieces of architecture, rivaling those of Greece and Rome. Ancient Egyptian Architecture in Fifteen Monuments presents an authoritative overview of Egyptian architecture from the point of view of an archaeologist and architectural historian with decades of fieldwork experience in Egypt and elsewhere. It focuses on fifteen selected masterpieces, from well-known structures such as the Bent Pyramid in Dahshur and the temple of Horus at Edfu to lesser-known monuments in Hierakonpolis, Abydos, Hawara, and Bubastis, each building representing an important stage in the development of Egyptian architecture and a different vision of what architecture should aspire to achieve. Using sixty reconstruction drawings and black-and-white photographs, Felix Arnold presents new insights into form, meaning, and the organization of space, providing a fresh perspective on ancient Egyptian culture and society.
Felix Arnold is scientific director of the Madrid branch of the German Archaeological Institute, and an architect and archaeologist specialized in the history of Egyptian architecture of both the pharaonic and Islamic periods. The son of two Egyptologists, he grew up in Egypt, and since receiving his PhD from the University of Karlsruhe, Germany, he has conducted fieldwork in Spain, Syria, Ukraine, and Egypt, where he has directed excavations at Dahshur, Elephantine, and many other sites.