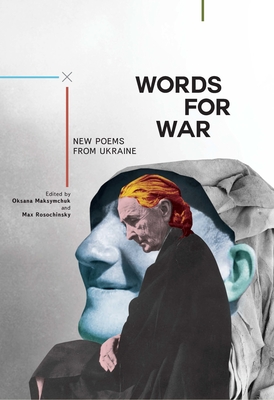 
Backordered
The armed conflict in the east of Ukraine brought about an emergence of a distinctive trend in contemporary Ukrainian poetry: the poetry of war. Directly and indirectly, the poems collected in this volume engage with the events and experiences of war, reflecting on the themes of alienation, loss, dislocation, and disability; as well as justice, heroism, courage, resilience, generosity, and forgiveness. In addressing these themes, the poems also raise questions about art, politics, citizenship, and moral responsibility. The anthology brings together some of the most compelling poetic voices from different regions of Ukraine. Young and old, female and male, somber and ironic, tragic and playful, filled with extraordinary terror and ordinary human delights, the voices recreate the human sounds of war in its tragic complexity.
Oksana Maksymchuk is an author of two award-winning books of poetry in the Ukrainian language, and a recipient of Richmond Lattimore and Joseph Brodsky-Stephen Spender translation prizes. She works on problems of cognition and motivation in Plato's moral psychology. Maksymchuk teaches philosophy at the University of Arkansas. Max Rosochinsky is a poet and translator from Simferopol, Crimea. His poems had been nominated for the PEN International New Voices Award in 2015. With Maksymchuk, he won first place in the 2014 Brodsky-Spender competition. His academic work focuses on twentieth century Russian poetry, especially Osip Mandelshtam and Marina Tsvetaeva.