Reflecting the Eternal: Dante's Divine Comedy in the Novels of C.S. Lewis (Paperback) 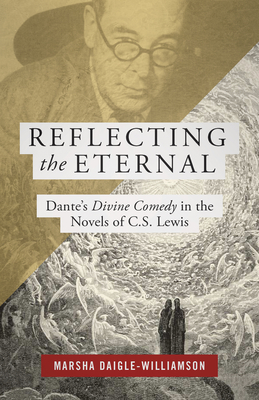 Reflecting the Eternal: Dante's Divine Comedy in the Novels of C.S. Lewis (Paperback)


Not On Our Shelves—Ships in 1-5 Days
The characters, plots, and potent language of C. S. Lewis's novels reveal everywhere the modern writer' admiration for Dante's Divine Comedy. Throughout his career Lewis drew on the structure, themes, and narrative details of Dante's medieval epic to present his characters as spiritual pilgrims growing toward God. Dante's portrayal of sin and sanctification, of human frailty and divine revelation, are evident in all of Lewis's best work. Readers will see how a modern author can make astonishingly creative use of a predecessor's material - in this case, the way Lewis imitated and adapted medieval ideas about spiritual life for the benefit of his modern audience. Nine chapters cover all of Lewis's novels, from Pilgrim's Regress and his science-fiction to The Chronicles of Narnia and Till We Have Faces. Readers will gain new insight into the sources of Lewis's literary imagination that represented theological and spiritual principles in his clever, compelling, humorous, and thoroughly human stories.
Professor Marsha Daigle-Williamson (PhD, University of Michigan) taught English at Spring Arbor University for over twenty-five years. She serves as translator for the Preacher to the Papal Household, and has translated 16 books from the Italian since 2005. Her distinguished academic career includes numerous teaching awards and the publication of over forty articles, profiles, and reviews. She has spoken across the nation, has lectured at the International Congress on Medieval Studies six times in the past ten years, and is an active member of The Dante Society of America.