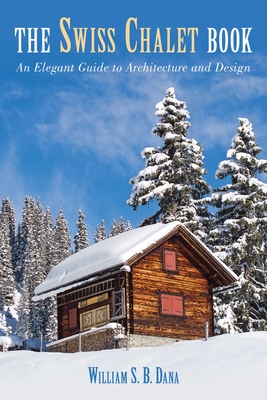 
Special Order—Subject to Availability
Here William S. B. Dana, B.S., presents an in-depth and precise depiction of the breathtaking architectural masterpieces known as the Swiss Chalets. The culmination of elaborate conversations with the designers, the builders, and the experts on these spectacular buildings, here is a piece of design history that is not to be missed.

A style of German origin, Swiss Chalets were best known for their large windows, ornate carvings, and balconies. Often they were brightly painted, and had gabled roofs with great overhanging eaves. These stunning aristocratic homes decorated the Swiss countryside in the nineteenth century, and later could be seen throughout the rest of the world. New Chalets, as they were called, rose up in Norway and Sweden, and finally even crossed the Atlantic, appearing in places as unexpected as Ohio and New Jersey.

Through delicate language and lines, Dana expresses both the science and the art behind the simple structural elements and the most complex details of the chalets. This book, a 1913 original, displays diagrams, architectural plans, and photographs to best convey the different fundamentals and models of Swiss Chalets. The author’s research of this beautiful art form cultivates knowledge and appreciation of this great architectural style.