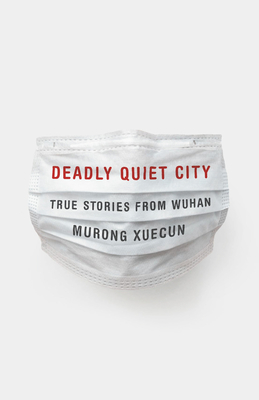 From one of China's most celebrated--and silenced--literary authors, riveting portraits of eight Wuhan residents at the dawn of the pandemic

When a strange new virus appeared in the largest city in central China late in 2019, the 11 million people living there were oblivious to what was about to hit them. But rumors of a new disease soon began to spread, mostly from doctors. In no time, lines of sick people were forming at the hospitals. At first the authorities downplayed medical concerns. Then they locked down the entire city and confined people to their homes.

From Beijing, Murong Xuecun--one of China's most popular writers, silenced by the regime in 2013 for his outspoken books and New York Times articles--followed the state media fearing the worst. Then, on April 6, 2020, he made his way quietly to Wuhan, determined to look behind the heroic images of sacrifice and victory propagated by the regime to expose the fear, confusion, and suffering of the real people living through the world's first and harshest COVID-19 lockdown.

In the tradition of Dan Baum's bestselling Nine Lives, Deadly Quiet City focuses on the remarkable stories of eight people in Wuhan. They include a doctor at the frontline, a small businessman separated from his family, a volunteer who threw himself into assisting the sick and dying, and a party loyalist who found a reason for everything. Although the Chinese Communist Party has devoted enormous efforts to rewriting the history of the pandemic's outbreak in Wuhan, through these poignant and beautifully written firsthand accounts Murong tells us what really happened in Wuhan, giving us a book unlike any other on the earliest days of the pandemic.

Murong Xuecun (nom de plume of Hao Qun) is one of China's most famous contemporary authors. His work includes The Missing Ingredient, Leave Me Alone, Dancing Through Red Dust, and Deadly Quiet City (The New Press). He wrote a New York Times opinion column from 2011 through 2016 and has also written for The Guardian. He lives in Australia.