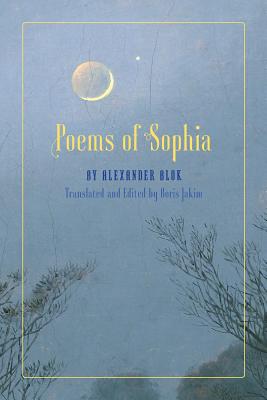 
Not On Our Shelves—Ships in 1-5 Days
(This book cannot be returned.)
ALEXANDER BLOK (1880-1921) is the greatest Russian poet after Pushkin and perhaps the greatest poet of the 20th century in any language. This volume consists of translations of three collections of Blok's verse: Ante Lucem (1898-1900), Verses about the Beautiful Lady (1901-1902), and Crossroads (1902-1904). These poems describe Blok's visions of Sophia, the Beautiful Lady, who appeared to him at the end of the nineteenth century and the beginning of the twentieth. Sophia is the mysterious feminine principle behind all creation; Blok calls her the Mysterious Maiden, the Empress of the Universe, the Eternal Bride, and he sees her in the blue sky and the sky full of stars as well as in the dawns and sunsets of Russia. He identifies the Beautiful Lady with a real girl, Liubov Dmitrievna Mendeleeva, whom he courts ardently in the woods and meadows of the countryside outside of Moscow as well as in the misty maritime setting of Petersburg.