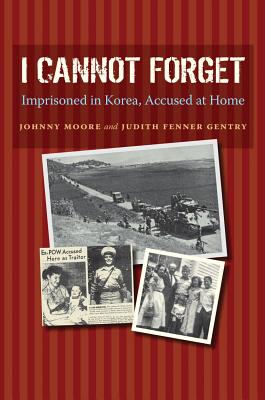 Eighteen-year-old Johnny Moore was an energetic, self-confident private first class when he entered combat with a heavy-weapons platoon in Korea. Four and a half months later, after surviving heavy attacks on the Pusan Perimeter and in one of the forward units of the western column advancing on the Yalu River, he was captured by the Chinese infantry.

Moore and other American POWs suffered from starvation rations, bitter cold, and mental torment. Although the intense Chinese efforts to change the prisoners’ ideologies were largely unsuccessful, they were very effective in engendering distrust among the prisoners and abandonment of duty by the officers. Encouraged by an American sergeant, Moore worked with his captors to obtain better sanitation, a fairer distribution of food, and, on two occasions, medicine for the sick. Twice he tried to escape from imprisonment. Just four days after his twenty-first birthday, in 1953, the Chinese released him.

Moore cooperated fully with US military interrogators, giving as much information as he could on the prison camp and the methods his captors had used. But two years later, army officers arrested him at his home and charged him with treason. Although the charge was dropped and a Field Board of Inquiry returned him to regular duty, the army’s treatment of him left Moore further traumatized. He eventually went AWOL and turned to drinking, gambling, and other self-destructive behaviors.

Military historian Judith Fenner Gentry has worked with Moore’s memoirs of his experiences during and after the war to corroborate, clarify, elaborate, and situate his story within the larger events in Korea and in the Cold War. She has consulted records from courts-martial, newspaper interviews with returning POWs, and Freedom of Information Act documents on the Army Criminal Investigation Division and the Army Counter-Intelligence Corps.

JOHNNY MOORE fought with the US Army’s 25th Infantry Division in Korea before he was taken prisoner. He died in November 2012.  JUDITH FENNER GENTRY, a professor of history at the University of Louisiana at Lafayette, is the coeditor of a book on Louisiana history and has written articles on military history.
“Gentry and Moore’s I Cannot Forget: Imprisoned in Korea, Accused at Home is one hell of a story. I have interviewed and written about more than fifty former Korean War POWs, and while Moore’s narrative has some things in common with all of these men, it is unique in his willingness to admit to cooperating with the Chinese because he thought doing so would help his fellow prisoners. Moore’s account is also a telling example of how the US Army exploited the cases of returning POWs accused of collaboration to prove to Senator Joseph McCarthy and his supporters that it was not guilty of coddling Communists.”—Lewis H. Carlson, author, Remembered Prisoners of a Forgotten War
— Lewis H. Carlson

"Johnny Moore’s Korean War recollections, including his combat experiences, mistreatment as a prisoner of war, and investigations during his postwar military service, are placed in historical context by Judith F. Gentry’s careful scholarly research.  Military personnel captured in war often do not fare well in the hands of their enemies.  That was certainly the case for Moore and other American prisoners of war, 1950-1953.  They endured systematic starvation, intentional exposure to cold weather, and deprivation of medical care, along with extended mental tortures and psychological pressures that resulted in nearly half of them dying in the hands of their communist captors.   Moore’s and Gentry’s revealing work deserves the attention of historians and students of the Cold War, the Korean Conflict, and American society of the 1950s."--Joseph G. Dawson III, Professor of History, Texas A&M University, and editor, The Texas Military Experience