Through an Indian's Looking-Glass: A Cultural Biography of William Apess, Pequot (Native Americans of the Northeast) (Paperback) 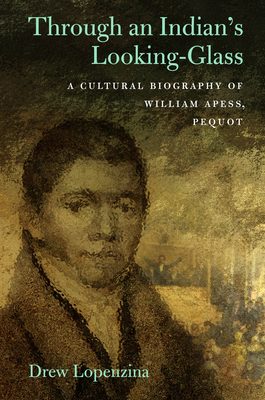 Through an Indian's Looking-Glass: A Cultural Biography of William Apess, Pequot (Native Americans of the Northeast) (Paperback)


Not On Our Shelves—Ships in 1-5 Days
The life of William Apess (1798–1839), a Pequot Indian, Methodist preacher, and widely celebrated writer, provides a lens through which to comprehend the complex dynamics of indigenous survival and resistance in the era of America's early nationhood. Apess's life intersects with multiple aspects of indigenous identity and existence in this period, including indentured servitude, slavery, service in the armed forces, syncretic engagements with Christian spirituality, and Native struggles for political and cultural autonomy. Even more, Apess offers a powerful and provocative voice for the persistence of Native presence in a time and place that was long supposed to have settled its "Indian question" in favor of extinction.

Through meticulous archival research, close readings of Apess's key works, and informed and imaginative speculation about his largely enigmatic life, Drew Lopenzina provides a vivid portrait of this singular Native American figure. This new biography will sit alongside Apess's own writing as vital reading for those interested in early America and indigeneity.
Drew Lopenzina is assistant professor of English at Old Dominion University and author of Red Ink: Native Americans Picking Up the Pen in the Colonial Period.
"The author brings Apess nearly fully to life, which no one else, among many scholars, has. I know of no better reader of Apess's own writing. Again and again, by close and insightful attention, the author illuminates Apess's language, often employing it as a basis for persuasive surmises about his whereabouts, about whom he is with, and the possible larger meanings of his often compressed or flat statements."—Barry O'Connell, editor of On Our Own Ground: The Complete Writings of William Apess, a Pequot

"This is a salient and cogent reminder of the long history of indigenous struggles for justice, as well as an affirmation of indigenous values and survivance."—Transmotion

"Though an Indian's Looking-Glass is a tour-de-force re-visioning of one of Native literature's most enigmatic figures . . . It is the speculative possibilities of Lopenzina's approach, along with his rigorous historicism and insightful close readings, that [are] most provocative."—Native American and Indigenous Studies

"Through an Indian's Looking-Glass is essential reading for those who study Apess and an ideal classroom companion for those who wish to teach Apess's writings . . . Despite all we don't know about Apess, Lopenzina's book leaves one with the feeling of intimate knowing, understanding, and admiration."—Early American Literature