Kidney for Sale by Owner: Human Organs, Transplantation, and the Market (Paperback) 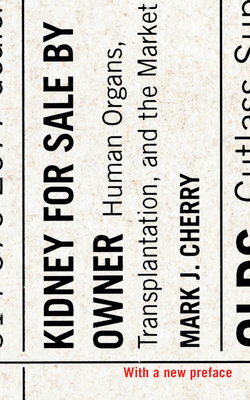 Kidney for Sale by Owner: Human Organs, Transplantation, and the Market (Paperback)


Not On Our Shelves—Ships in 1-5 Days
(This book cannot be returned.)
Thousands of people die annually in the United States while waiting for organ transplants While everyone agrees that this is a national tragedy, bold initiatives to address the problem--such as creating a fee-based and regulated market for organ transplantation--have been fiercely rejected by the federal government and the medical community. But why? If most Americans accept the notion that the market is the most efficient means to distribute resources, why should body parts be exempt? Bioethicist Mark Cherry contends that not only is the market a legitimate means to distribute body parts, but that this approach is actually more just--and more compatible with many Western religious and philosophical traditions--than the current charity-based system now in place. Cherry examines arguments against a market for body parts and shows these claims to be steeped in myth, oversimplification, and bad logic, and contends that in regard to body parts such core values as equality, liberty, altruism, social solidarity, human dignity, and, ultimately, improved health care are more successfully supported by a market rather than through its prohibition. This paperback edition includes a new preface from the author, in which he surveys changes in the field since the initial publication of the book.
Mark J. Cherry is the Dr. Patricia A. Hayes Professor in Applied Ethics and professor of philosophy at St. Edward's University, Austin, Texas. He is editor of The Journal of Medicine and Philosophy, associate senior editor of Christian Bioethics, and editor-in-chief of HealthCare Ethics Committee Forum. He is coeditor of the book series The Annals of Bioethics and editor of the book series Philosophical Studies in Contemporary Culture.