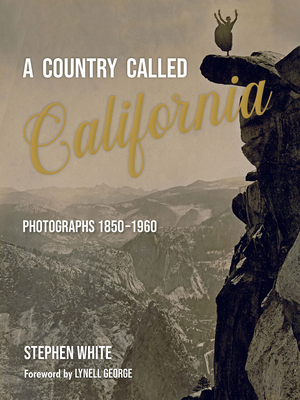 A book of fine-art photography featuring the visual history of California.

A Country Called California traces the development of the Golden State from the nineteenth century on, through to its emergence as the fifth largest economy in the world--all as seen through the eyes of photographers whose names are synonymous with fine art photography: Carleton E. Watkins, Dorothea Lange, Eadward Muybridge, Will Connell, Edward Weston, Max Yavno, A.C. Vroman, Mabel Watson, and many more. Author Stephen White, a longtime photography gallerist and collector, has curated the book to perfection, capturing the California that is its own country, the light that has captivated every photographer's eye.

Stephen White has been a gallery owner, collector, curator and historian of photography since he opened a gallery in Los Angeles in 1975. He has been collecting photographs related to California's growth and development over the past twenty-five years and has more than one thousand images that tell the visual story of California from the nineteenth century forward. He has published several catalogues to accompany major museum traveling exhibitions he previously curated or co-curated and has written extensively on every aspect of photography history and contemporary photography.