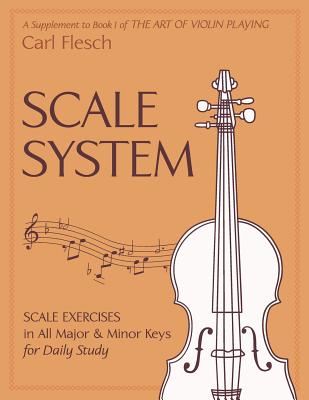 Nearly a century after its initial publication, Carl Flesch's Scale System remains one of the foremost scale books for violin. This comprehensive collection of exercises features the 24 major and minor scales, with emphasis on both double-stops and arpeggios. With Flesch's exercises, the intermediate player will progressively master intonation, shifting, rhythm, string crossing, bow speed and pressure, and tone production.

Initially published as a supplement to Book 1 of The Art of Violin Playing, Flesch's Scale System has become the principal scale study for serious violinists.

Carl Flesch (1873-1944) was born in Hungary and began playing the violin at age seven. He was a famous chamber musician, instructor, and solo performer, who mastered repertoire ranging from Baroque to contemporary works.