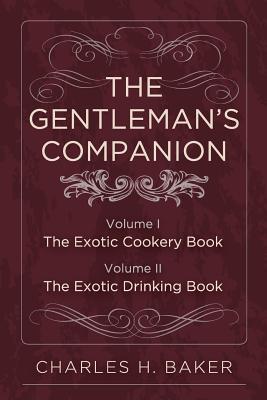 Charles Baker traveled the world in search of exotic food and drink in addition to interesting people with whom he could share them. Both drink travelogue and cookbook, The Gentleman's Companion is the summation of Baker's culinary and drinking experiences abroad. Baker accents his tales of high adventure with recipes for foods and cocktails that were considered unusual specimens in the 1920s and 30s.

Baker, a captivating storyteller, wrote about food and drink for a number of well-known magazines. In this travelogue he relates how notorious figures, including Hemmingway and Faulkner, numbered among his drinking companions.

At once a culinary guidebook and haughty memoir, The Gentleman's Companion, initially published in 1939, provides a one-of-a-kind glimpse into the bombastic and glamorous world of travel in the mid-twentieth century. This edition combines both volumes of the original work: The Exotic Cookery Book and The Exotic Drinking Book.