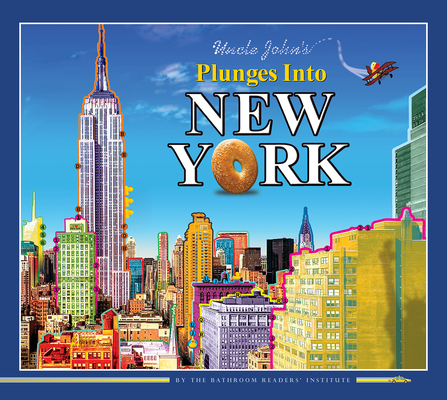 Uncle John’s Plunges into New York (Illustrated Edition) is full of cool trivia and fascinating facts about the Big Apple, but now it’s jam-packed with photographs and illustrations too! What kind of information, you ask? Read all about…

• The incredible natural phenomenon known as Manhattanhenge.
• The public library, the subway, and the city’s narrowest house.
• The Naked Cowboy and Lady Liberty’s big feet.
• People who actually tried to sell the Brooklyn Bridge.

And much more! It’s the perfect gift for all New Yorkers—whether they were lucky enough to be born in the Big Apple or just always wished to be.
The Bathroom Readers' Institute is a tight-knit group of loyal and skilled writers, researchers, and editors who have been working as a team for years. The BRI understands the habits of a very special market—Throne Sitters—and devotes itself to providing amazing facts and conversation pieces.