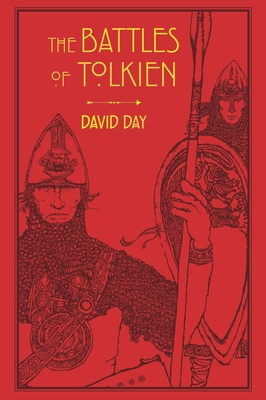 This is book number 3 in the Tolkien Illustrated Guides series.

The defining battles from the history of Middle-earth are presented in a single, entertaining volume.

The history of J. R. R. Tolkien's fictional world of Middle-earth is filled with epic battles in an ongoing struggle between good and evil. The Battles of Tolkien recounts many of the greatest conflicts over thousands of years, from the earliest skirmishes of the Valarian Ages to the defining battles in the War of the Ring. Insightful commentary by Tolkien scholar David Day discusses how the people, tactics, and weapons influenced the outcome of each battle, and also how the legends of Middle-earth relate to the real-world mythology on which Tolkien based his famous literary creation. Maps and full-color illustrations help bring this rich universe to life, making it an invaluable reference book for Tolkien fans of all ages.

This work is unofficial and is not authorized by the Tolkien Estate or HarperCollins Publishers.
David Day is the author of five major books on the world of J.R.R. Tolkien, including Guide to Tolkien’s World: A Bestiary and A Guide to Tolkien. Together with Tolkien: The Illustrated Encyclopedia, these books have been translated into sixteen languages, and have sold in excess of two million copies. A Canadian living in Toronto, Day has also published over thirty other books of mythology, history, fantasy, fiction, and poetry, for both adults and children.