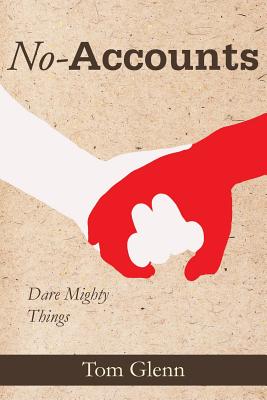 
Not On Our Shelves—Ships in 1-5 Days
Washington, D.C., 1985 - Peter, a gay dancer, dying of AIDS, thirsts for forgiveness for causing the death of a young man with whom he had sex. Martin, a straight college professor, grieves over the loss of his favorite student, killed by AIDS. He volunteers to act as a buddy to an AIDS patient and is assigned Peter. When they discover that Peter infected Martin's student, both are forced to rethink their life views. No-Accounts is a story of two men, one gay, one straight, who learn from one another how to become men by accepting loss, including, in the end, life itself. Author Tom Glenn has worked as an intelligence operative, a musician, a linguist (seven languages), a cryptologist, a government executive, a care-giver for the dying, a leadership coach, and, always, a writer. His writing is haunted by his five years of work with AIDS patients, two years of helping the homeless, and seven years of caring for the dying in the hospice system.