I Survived the Japanese Tsunami 2011 (Prebound) 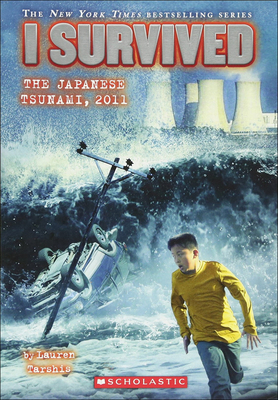 I Survived the Japanese Tsunami 2011 (Prebound)

This is book number 8 in the I Survived series.

The disaster felt around the world . . .
Visiting his dad's hometown in Japan four months after his father's death would be hard enough for Ben. But one morning the pain turns to fear: first, a massive earthquake rocks the quiet coastal village, nearly toppling his uncle's house. Then the ocean waters rise and Ben and his family are swept away-and pulled apart-by a terrible tsunami.
Now Ben is alone, stranded in a strange country a million miles from home. Can he fight hard enough to survive one of the most epic disasters of all time?

Lauren Tarshis is the editor of Scholastic's Storyworks magazine and group editorial director for language arts for Scholastic classroom magazines, in addition to being the author of the I Survived series and the critically acclaimed novels Emma-Jean Lazarus Fell Out of a Tree and Emma-Jean Lazarus Fell in Love. She lives in Westport, Connecticut, and can be found online at www.laurentarshis.com.