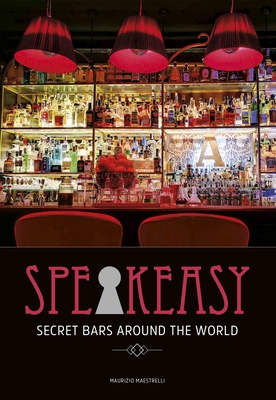 
Special Order—Subject to Availability
Hidden entrances, dark places, low music, smoke, women, crime and obviously alcohol -- in the days of Prohibition (1920-1933), these were the explosive ingredients of the American speakeasy. Frequented by gangsters such as Al Capone and Lucky Luciano, these underground bars and nightclubs have become the symbol of an epoch immortalized in cinema and literature. The new speakeasies are inspired by the typical unmistakable atmosphere of the beginning of the 20th century, when it was necessary to speak under your breath to avoid detection by the police. These trendy bars have often been conceived by keen bartenders, who rediscovered the tastes of the mixed drinks of the 20s and 30s. Specially-made furniture, refined cocktails, entrance by invitation only, themed dress codes, nondescript facades, vintage atmosphere... nowadays the speakeasy is living a second life. Cocktails are now high-quality, sophisticated, and above all legal, but entering these clubs we jump into the past. This book will lead you to the discovery of the most famous current speakeasies, smuggling you through the doors of a hidden but charming world.