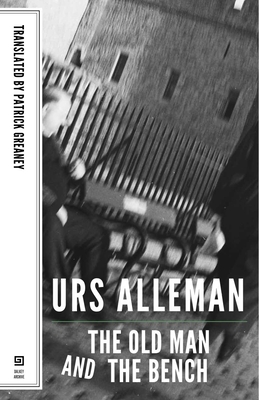 According to his contract, the old man has five months to sit on his bench and reminisce about his childhood, but all that comes out are curious stories--about leprous dominos, amorous concrete towers, chaste call girls, and more. In other words: the old man twaddles on and on. A virtuoso novel that reveals what language can do when it serves no purpose but its own proliferation, Swiss provocateur Urs Alleman's The Old Man and the Bench is a comedy of mangled verbosity.

Urs Allemann is the author of eight books of prose and poetry, as well as the editor of a volume of selected poetry by Robert Walser. A bilingual version of Allemann's Babyfucker was published in 2009, and English translations of his stories have appeared in Conjunctions and the Lana Turner Journal. He is the 2012 winner of the Heimrad B?cker Prize, awarded annually for experimental writing in German.