Your Place or Mine?: A 21st Century Essay on Same Sex (Paperback) 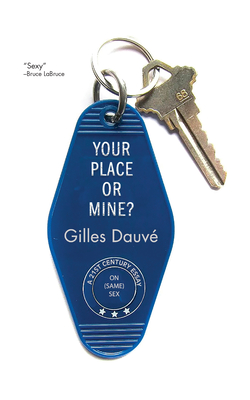 Your Place or Mine?: A 21st Century Essay on Same Sex (Paperback)

In a fascinating and radical critique of identity and class, Your Place or Mine? examines the modern invention of homosexuality as a social construct that emerged in the 19th century. Examining "fairies" in Victorian England, transmen in early 20th century Manhattan, sexual politics in Soviet Russia as well as Stonewall's attempt to combine gay self-defence with revolutionary critique, Dauv turns his keen eye on contemporary political correctness in the United States, and the rise of reactionary discourse.

The utopian vision of Your Place or Mine? is vital to a just society: the invention of a world where one can be human without having to be classified by sexual practices or gender expressions. Where one need not find shelter in definition or assimilation. A refreshing reminder that we are not all the same, nor do we need to be.