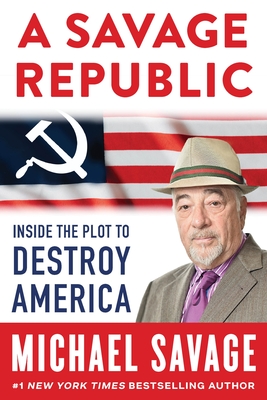 A WARNING TO ALL FREEDOM LOVING AMERICANS...

Your Rights under attack from the Biden Administration, the Democrats and the radical left-wing socialists who are infiltrating every aspect of American life.

BORDERS, LANGUAGE, CULTURE: Saving the Three Pillars of America from the Democrats and Socialist Left will layout the threats, prepare you for what's next and offers solutions and a way out of the mess we're in

WAKE-UP AND FIGHT-BACK BEFORE IT IS TOO LATE

MICHAEL SAVAGE (SAN FRANCISCO, CALIFORNIA) is a multimedia icon in the conservative movement: bestselling book author, political commentator, activist, and former radio host of THE SAVAGE NATION, a nationally syndicated talk show that aired on until 2021, and in 2009 was the second most listened-to radio talk show in the country with an audience of over 20 million listeners on 400 stations across the United States. In 2016, after twenty-two years on the air, Michael Savage was inducted into the National Radio Hall of Fame, an honor that Savage called "the capstone of my life."Savage has been profiled in the New Yorker AND Playboy, and featured in the New York Times; his media presence and profile earned him the coveted Freedom of Speech Award from Talkers magazine in 2007. The Telegraph in the U.K. ranked Michael Savage as one of the most influential conservatives in the United States. He is the author of over twenty-five books, five of which have been New York Times bestsellers, and two #1 bestsellers.Dr. Savage holds a master's degree in medical botany and a second in medical anthropology. Additionally, he earned his Ph.D. from the University of California at Berkeley in epidemiology and nutrition sciences. He is an ardent conservationist, is dedicated to his family, and is a proud patriot of his country.The author lives & works in the San Francisco metro area.michaelsavage.com