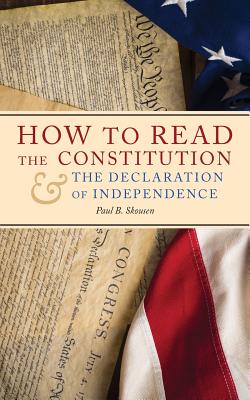 By Paul B. Skousen

This is book number 1 in the Freedom in America series.

Have you ever wanted to read the Constitution and the Declaration of Independence and really understand what they're saying?

Learn how they impact your life; your rights and freedoms? How the branches of government were formed, and why?

You're not alone. Millions of Americans want a deeper understanding of their country's founding principles and don't know where to start. When the Constitution and the Declaration of Independence were written by our founders over two centuries ago, they were designed to endure. And indeed they've remained, as Paul Skousen writes, "the most amazing freedom formula ever invented"--but navigating eighteenth-century legal language can be challenging.

Recognizing this problem, Skousen provides an easy, step-by-step guide that will forever change the way you think about your country and your freedoms. Using visual tools, exercises, and several valuable memory aids, this book will help you:

Thousands of books describe the origins of these famous documents, but only How to Read the Constitution and the Declaration of Independence gives you a path to truly understanding them.