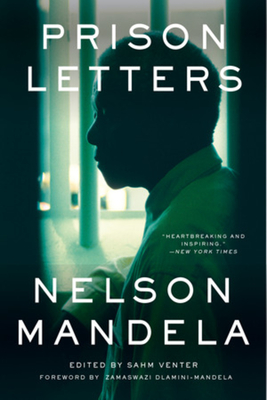 “Heartbreaking and inspiring,” Nelson Mandela’s Prison Letters reveals his evolution “into one of the great moral heroes of our time” (New York Times).

First published to mark the centenary of Nelson Mandela’s birth, The Prison Letters of Nelson Mandela sparked celebrations around the globe for one of the “greatest warriors of all time” (O, The Oprah Magazine). Featuring 94 letters selected from that landmark collection, as well as six new letters that have never been published, this historic paperback provides an essential political history of the late twentieth century and illustrates how Mandela maintained his inner spirit while imprisoned. Whether they’re longing love letters to his wife, Winnie; heartrending notes to his beloved children; or articulations of a human-rights philosophy that resonates today, these letters reveal the heroism of a man who refused to compromise his moral values in the face of extraordinary human punishment, invoking a “story beyond their own words” (New York Times). This new paperback edition—essential for any literature lover, political activist, and student—positions Mandela among the most inspiring historical figures of the twentieth century.

Nelson Mandela (1918—2013) was a South African anti-apartheid revolutionary, politician, and philanthropist, who served as the first democratically-elected President of South Africa from 1994 to 1999. Mandela established the Nelson Mandela Foundation as his post-presidential office in 1999. It is a not-for-profit organization which has, since 2004, been transformed into an archive and trusted voice on his life and times. It carries out its mandate to promote Mandela’s vision and work by convening dialogues and creating platforms for engagement around critical issues to promote social justice.

Sahm Venter is a former Associated Press reporter (who covered and was witness to Mandela’s release from prison in 1990) and a longtime researcher. She has co-edited several previous books, including Notes to the Future: Words of Wisdom with Sello Hatang and Doug Abrams); 491 Days: Prisoner Number 1323/69 by Winnie Madikizela-Mandela, with Swati Dlamini; and Something to Write Home About: Reflections from the Heart of History, with Claude Colart; and co-wrote Conversations with a Gentle Soul with the late anti-apartheid struggle hero, Ahmed Kathrada.

Zamaswazi Dlamini-Mandela was born in 1979 in Welkom, South Africa, close to the town of Brandfort to which her grandmother, Winnie Madikizela-Mandela was banished by the apartheid regime. She works as a business developer and is a public speaker and a self-described serial entrepreneur. In 2017 she launched her luxury fashion range Swati by Roi Kaskara. She is the granddaughter of Nelson Mandela and Nomzamo Nobandla Winnie Madikizela-Mandela.