Motherhood Reimagined: When Becoming a Mother Doesn't Go as Planned: A Memoir (Paperback) 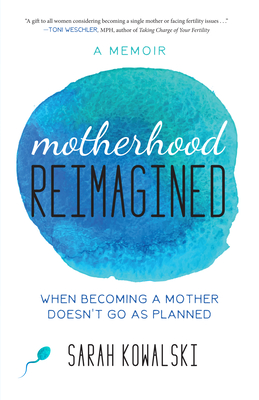 Motherhood Reimagined: When Becoming a Mother Doesn't Go as Planned: A Memoir (Paperback)


Special Order—Subject to Availability
At the age of thirty-nine, Sarah Kowalski heard her biological clock ticking, loudly. A single woman harboring a deep ambivalence about motherhood, Kowalski needed to decide once and for all: Did she want a baby or not? More importantly, with no partner on the horizon, did she want to have a baby alone? Once she revised her idea of motherhood--from an experience she would share with a partner to a journey she would embark upon alone--the answer came up a resounding Yes. After exploring her options, Kowalski chose to conceive using a sperm donor, but her plan stopped short when a doctor declared her infertile. How far would she go to make motherhood a reality? Kowalski catapulted herself into a diligent regimen of herbs, Qigong, meditation, acupuncture, and more, in a quest to improve her chances of conception. Along the way, she delved deep into spiritual healing practices, facing down demons of self-doubt and self-hatred, ultimately discovering an unconventional path to parenthood. In the end, to become a mother, Kowalski did everything she said she would never do. And she wouldn't change a thing.
A story of personal triumph and unconditional love, Motherhood Reimagined reveals what happens when we release what's expected and embrace what's possible.