The Haunted: One Family's Nightmare (Paperback) 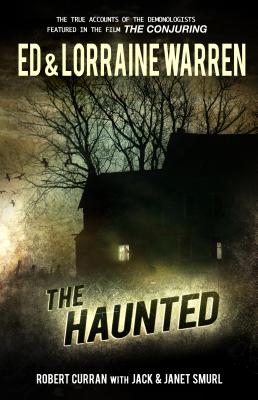 The Haunted: One Family's Nightmare (Paperback)


Backordered
The world's most famous demonologists, Ed & Lorraine Warren, were called in to help an average American family who were assaulted by forces too awesome, too powerful, too dark, to be stopped. It's a true story, supported by dozens of eyewitnesses neighbors, priests, police, journalists, and researchers. The grim slaughterhouse of odors. The deafening pounding. The hoofed half-man charging down the hall. The physical attacks, a vicious strangling, failed exorcisms, the succubus... and the final terror which continued to torment the Smurls. In this shocking, terrifying, deeply absorbing book rivaled only by The Amityville Horror a case also investigated by the Warrens journalist Robert Curran digs deep into the haunting of the Smurl home in West Pittston, Pennsylvania, and the unshakeable family bonds that helped them survive. Don t miss the Warrens' blockbuster films The Conjuring and Annabelle (in theaters October, 2014.) Books by Ed & Lorraine Warren also include Graveyard, Ghost.