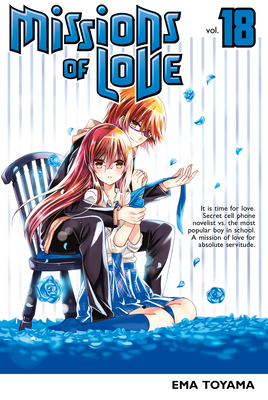 This is book number 18 in the Missions of Love series.

Yukina is set to go on TV to discuss her novel, but if she's not careful, Shigure will discover that she's been writing about him all along. The threat should be averted as soon as the TV show is over, but Hisame informs her that Shigure will be in the live studio audience, and he will personally make sure her secret is exposed unless she agrees to do everything he says...
Ema Toyama is a female Japanese manga artist. She made her debut in September 2003 in the monthly manga magazine Nakayoshi with her story, Tenshi no Tamago, which was published in the U.S. under the title Pixie Pop. Her other title published in the U.S. is Kodansha Comics' I Am Here. Almost all of her works are published by Kodansha.