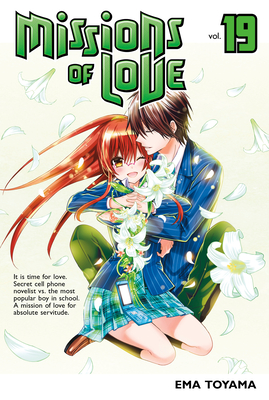 This is book number 19 in the Missions of Love series.

After all this time, Yukina finally realizes that her love for Shigure is real--but Shigure isn't so easily convinced. He's learned that their whole relationship was research for Yukina's novel, and now he can't tell fact from fiction. Will he accept Yukina's sincere confession of love, or will they say goodbye forever?

FINAL VOLUME!
Ema Toyama is a female Japanese manga artist. She made her debut in September 2003 in the monthly manga magazine Nakayoshi with her story, Tenshi no Tamago, which was published in the U.S. under the title Pixie Pop. Her other title published in the U.S. is Kodansha Comics' I Am Here. Almost all of her works are published by Kodansha.