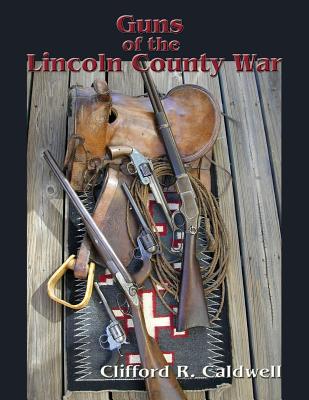 Beginning with the Horrell War of 1873 and continuing through Billy the Kid's death at the hands of Pat Garrett on July 14, 1881, the author describes, in detail and with photographs, the actual firearms that were available to the combatants during the era. The typical historians' shelves are crammed with volumes about and the Lincoln County War in New Mexico, Billy the Kid, Sheriff Pat Garrett, John Henry Tunstall and Sheriff William Brady. But in Guns of the Lincoln County War the reader will learn the facts about the firearms of the period and those weapons used in the epic battle on the Rio Bonito river in southern New Mexico. This book will expand the knowledge of the ardent enthusiast as well as the accomplished historian. The book is easy to understand and follow for those unfamiliar with weaponry, but is thorough and descriptive enough to capture the interest of those who are. Includes bibliography, glossary of terms, dates of manufacture, and index. Without question this is the only reference work of its kind in print.