The Smell of Funny (Paperback) 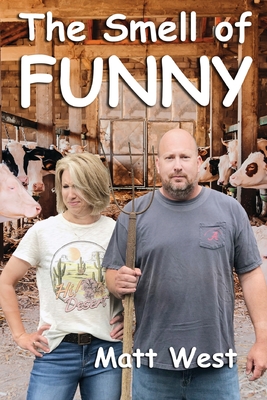 The Smell of Funny (Paperback)

A wry blend of hilarity, fantasy and everyday life, educator Matt West's writing captures the subtle and not-so subtle
humor in the life of a Southern family man. His unique view of ordinary and imagined events leaves the reader either laughing out loud or with a new and amusing insight into daily life.

His short, often self-deprecating anecdotes will strike a familiar chord in his audience, although some might think to
themselves, I just wouldn't have told that one. The book leaves the reader wanting more of these somewhat twisted but entertaining musings.

'This book will give you a look inside the mind of a comedy writer.
If the author wanted to do stand-up comedy, he already has all
the material he needs inside his head. Couldn't stop reading this
book--except when I was laughing so hard I had to put it down.
- Darl DeVault
Distinctly Oklahoma magazine

The older of two sons from a U.S. Navy family, Matt West attended schools in New Jersey, Texas,
Oklahoma, Arkansas and Alabama. After finishing high school in Tuscaloosa, Alabama, he majored
in physical education at the University of West Alabama and began teaching in 1997. He later completed
a master's degree in educational administration.He is now the assistant principal at Albertville (Ala.) Middle School.