Practical Falconry: To Which is Added, How I Became a Falconer (Paperback) 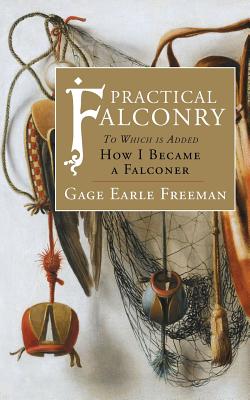 Practical Falconry: To Which is Added, How I Became a Falconer (Paperback)


Not On Our Shelves—Ships in 1-5 Days
(This book cannot be returned.)
Gage Earle Freeman (1820-1903) wrote a number of articles on falconry. He was introduced to the sport in England and retained a life-long interest in it, often working with kestrel-hawks, peregrine falcons, and sparrow hawks. He was also an esteemed poet, winning four Seatonian Prizes; a father to ten children, and married twice. He attended St. John's College, Cambridge, graduating in 1845 with a B.A. and became an ordained priest in 1847, receiving his M.A. in 1850. In 1889, he became a vicar and a private chaplain to the Earl of Lonsdale, and remained in that position until his death. This new edition is dedicated to the Duke of St. Albans, remembering school days in Judde House, Tonbridge.