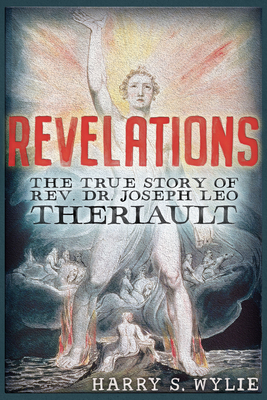 
Not On Our Shelves—Ships in 1-5 Days
The Rev. Dr. Leo Theriault is not only an Anglican priest, an erstwhile Roman Catholic priest, but a Doctor of Psychology—a recognized authority on psychoanalysis, psychotherapy, and group management. He knows the depth of sex scandals, why they occurred, and why the church is so ill-equipped to control the inequities. Leo may be considered a rogue priest, not in the typical interpretation of a malefactor against the creeds or liturgy of the Church, but as a foot soldier battling the evil manifestation of repugnant morals and mores within. With master’s in theology and doctorate in psychology, the Church hierarchy assumed they had a great defender in their midst against accusations. This was not to be. Leo fought child abuse from the podium, the pulpit, the couch, and the courts. The reader possibly will maintain or retain their peace of mind and assurance of their faith. Leo was a Ford Foundation Fellow.
Harry Wylie was born and received his pre baccalaureate education in Nova Scotia. He continued his education at universities in New Brunswick, Quebec, Ontario, and Michigan. He was an officer in the Canadian army. His career was primarily in the auto industry in Michigan and he retired as president of Hallmark Strategies, an automotive engineering support company. Extracurricular activity included ice curling (he represented the United States Curling Association in Scotland), flying, and humanitarian pursuit through the Detroit Executive Service Corporation and the Rotary Club. Previous works: Between the Dying and the Dead published by University of Wisconsin Press and Vision Press, UK in 2006; this book was made into an HBO movie starring Al Pacino and directed by Barry Levinson. You Don’t Know Jack published by World Audience in 2011.The Second Fathers of Confederation published by TouchTone Press in 2014.