In Kiltumper: A Year in an Irish Garden (Hardcover) 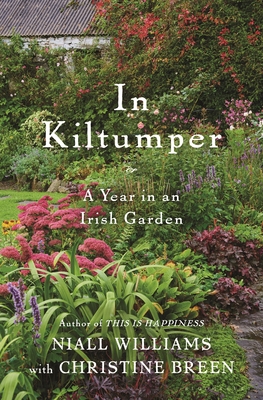 In Kiltumper: A Year in an Irish Garden (Hardcover)

From the authors of This Is Happiness and Her Name Is Rose, a memoir of life in rural Ireland and a meditation on the power, beauty, and importance of the natural world.

35 years ago, when they were in their twenties, Niall Williams and Christine Breen made the impulsive decision to leave their lives in New York City and move to Christine's ancestral home in the town of Kiltumper in rural Ireland. In the decades that followed, the pair dedicated themselves to writing, gardening, and living a life that followed the rhythms of the earth.

In 2019, with Christine in the final stages of recovery from cancer and the land itself threatened by the arrival of turbines just one farm over, Niall and Christine decided to document a year of living in their garden and in their small corner of a rapidly changing world. Proceeding month-by-month through the year, and with beautiful seasonal illustrations, this is the story of a garden in all its many splendors and a couple who have made their life observing its wonders.

Niall Williams was born in Dublin in 1958. He studied English and French literature at University College Dublin before graduating with a Master's degree in Modern American Literature. He moved to New York in 1980 where he married Christine Breen, whom he had met while she was a Master's student also at UCD, and took his first job opening boxes of books in Fox and Sutherland's bookshop in Mount Kisco. He later worked as a copywriter for Avon Books in New York City before leaving America with Chris in 1985 to attempt to make a life as a writer. They moved on April 1st to the cottage in west Clare that Chris's grandfather had left eighty years before to find his life in America. His first four books were co-written with Chris and tell of their life together in Kiltumper in west Clare. In 1991 Niall's first play 'The Murphy Initiative' was staged at The Abbey Theatre in Dublin. His second play, 'A Little Like Paradise' was produced on the Peacock stage of The Abbey Theatre in 1995. His third play, 'The Way You Look Tonight,' was produced by Galway's Druid Theatre Company in 1999.

CHRISTINE BREEN was born in New York and educated in Boston and Dublin, where she received an MA in Irish Literature. She is an artist, homeopath, gardener, and mother of two children. She lives in Kiltumper, Ireland with her husband, the novelist Niall Williams, in the cottage where her grandfather was born. Her Name is Rose is her first novel.

“Moving and surprisingly provocative… This memoir won’t teach you to garden, but it will show you a way of living in and through a garden. [Williams] is a readerly writer, as I think of it; one of the joys of his prose is the generous thrum of other voices—T.S. Eliot, R.W. Emerson, even, in the occasional lilt of a sentence, the King James Bible.” - Wall Street Journal

“Gorgeous prose… Mostly, though, the focus of their lives, and this book, is the garden — the flowers, vegetables and birds they tend and observe every day, and the peace it brings them. ‘We are both still alive,’ Williams says when he has been fretting about things he cannot control. ‘We are here now.’ That thought calms him, and it will calm you.” - Minneapolis Star Tribune

“Graceful, evocative… A warm homage to a piece of beloved Irish land.” - Kirkus

“What makes this book so remarkable isn't just the quality of the prose, which at times almost made me gasp with its insights into the unique rhythms of Irish life, which it conjures so effortlessly, but also the sense of an ending, a running out of road somewhere up ahead that need not always be dwelled upon.” - Irish Central

“Heartbreaking… uplifting… it has been a delight to step out of this city and into Niall and Chris's precious garden, into the rhythms of their way of living, and to be refreshed.” - Tim Pears, author of THE HORSEMAN