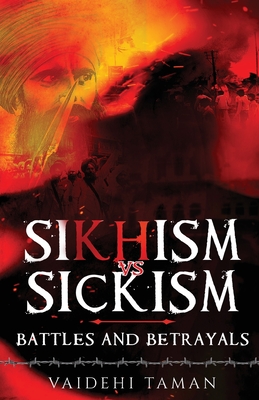 This book is all about the plight of Sikhs all over the globe and especially in India. From the pre-independence era, thousands of Sikhs have laid their lives for the then undivided India. During India's independence struggle, thousands of Sikh warriors fought against British rules. The partition of India in 1947, was the division of British India into two independent dominions, India and Pakistan. Post-independence, Pakistan and the Congress party of India both played Ping-Pong with the Sikhs by indirectly luring them in the name of 'Khalistan'. The Khalistan movement was the Sikh secessionist movement. Promoted as a separatist campaign, its goal was to create a homeland for Sikhs by seceding Indian Punjab from India and establishing a sovereign, ethnoreligious Sikh state called Khālistān ('Land of the Khalsa'), in the Punjab region.

The disillusioned Sikhs agitated several times and the protests resulted in irreparable violence. The 1984 Delhi Anti-Sikh riots caused the death of nearly 3,000 Sikhs. It was followed by the assassination of Indira Gandhi, the then Prime Minister of India, on October 31, 1984, by her guards at the gate. Almost 38 years later, most of its masterminds and perpetrators remain scot-free. On the other hand, all the Sikh youth who were then arrested on some pretext or the other have completed their punishments, but are still languishing in jail. Most of them are now senior citizens.

After 75 years of independence, the struggle of preserving the Sikh cultural existence is still ongoing. The enemies keep changing from time to time but the struggle is never-ending. If they agitate for their rights, the Indian media demean them by calling them Khalistani extremists. Not only does Punjab lack job opportunities, but also faces issues such as water and gutter meters. The Sikh youth are lured into drugs and dope so that they don't question the authorities. The Sikhs are still struggling with identity crises; they are still waiting for justice and they want their people to come out of jail. They want their wounds to be healed and they want the government to be fair to them.

Giving various references, the writer has also traversed through VD Savarkar's acceptance of Sikhs and the Shiv Sena chief Bal Thackeray's love-hate relationship with the community. He shielded them during most of the crucial period and also warned them when they created riot-like situations in Maharashtra. Above all the writer has expressed her worry over the virtual Khalistan movement groups that are poisoning the young minds. The book also writes about Saint Bhindranwale's reform work and his continued fight for a separate Sikh state which owes its origin to the Punjabi Suba Movement. The

For the Sikh community, Bhindranwale is the most respected freedom fighter, saint and political combatant, whereas, his extreme measures taken against established tags label him as an extremist. This political awkwardness has caused too much impairment to the Sikh Commoners. This is all about the Battles of Betrayals of the Sikh community.