Paved A Way: Infrastructure, Policy and Racism in an American City (Paperback) 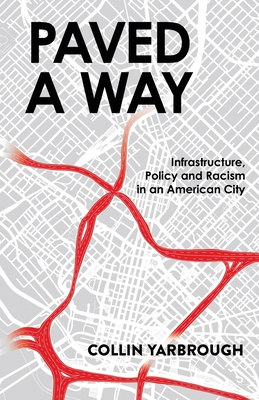 Paved A Way: Infrastructure, Policy and Racism in an American City (Paperback)

"Acknowledgement is the first step in the journey of unpacking the ways our cities are built with systems of power and erasure. True reconciliation requires acknowledgement and acceptance of past injustice. In that journey, we are only at the beginning."

Paved A Way tells the stories of five neighborhoods in Dallas and how they were shaped by racism and economic oppression. The communities of North Dallas, Deep Ellum, Little Mexico, Tenth Street, and Fair Park look nothing like what they did during their prime, and author Collin Yarbrough argues that their respective declines were intentional-that their foundations were chipped away over time.