Henry: A Sequel to Stephen Crane's the Red Badge of Courage (Paperback) 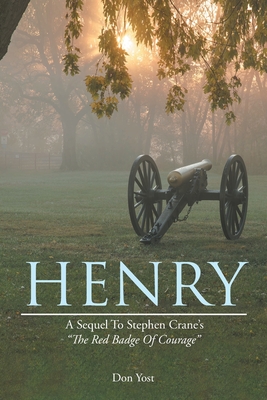 Henry: A Sequel to Stephen Crane's the Red Badge of Courage (Paperback)

In the last few paragraphs of Stephen Crane's The Red Badge of Courage, his protagonist, the young Henry Fleming, struggles with the aftermath of his wartime experiences. He is tormented by his guilt from having abandoned the tattered soldier during the Battle of Chancellorsville and by the death of his best friend, Jim Conklin. Scholars have questioned Crane's implications here. Has Henry truly become "a man" because of the trauma he has experienced? Is war a coming-of-age? How has Henry been changed by his experiences? How was he able to adjust to civilian life? What was the impact on Henry's family? What did he learn from the experiences? Crane's novel, therefore, leaves many questions unanswered. Henry: A Sequel to "The Red Badge of Courage" answers these questions. Moreover, it is the story of Henry Fleming's spiritual journey of personal growth from trauma, guilt, and alienation to redemption.