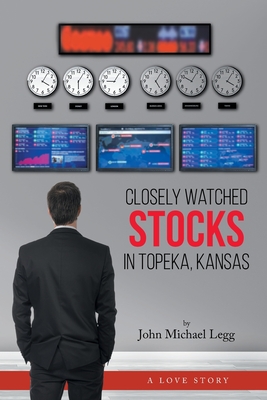 
Not On Our Shelves—Ships in 1-5 Days
Closely Watched Stocks in Topeka, Kansas, is what they call a misnomer. This is not another book about the stock market. The male lead in the book, Jay Sherrer, is a sixty-seven-year-old stockbroker in Topeka, Kansas, and the book starts out in a stock market setting and, at times, the book goes back to the market to earn the title. This book is really a love story between an older stockbroker and a twenty-four-year-old waitress named June Burns. She is a waitress at the restaurant where he eats his breakfast at every morning before the market opens. After talking to each other at breakfast over a three-month-long period, they start dating and fall in love. He discovers, after dating June, that she is not just pretty, but also a very intelligent and well-read woman as well. They make an unlikely couple. With her level of intelligence, he quietly wonders why she is waitressing. After six months of dating, Jay is called to come to the hospital emergency room late one evening. June is having a severe alcohol-induced pancreatic attack. It is there that he learns that she had to leave college in her senior year because she had a terrible alcohol addiction problem. He moves her into his home, hoping to help her control her drinking, but it doesn't work. June can't quit drinking. Things get worse. The book takes several twists and turns downward from there. You will have to read the book to see what happens to June. This book is a compelling story and a must-read for anyone trying to gain their sobriety.