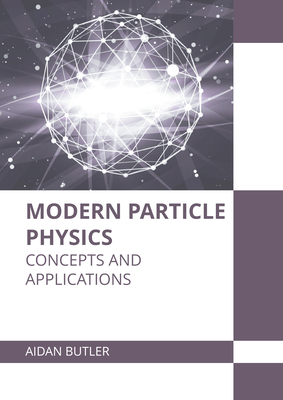 
Not On Our Shelves—Ships in 1-5 Days
The branch of physics which deals with the fundamental properties of sub-atomic particles that constitute radiation and matter is known as particle physics. Few of these particles are photons, neutrons, protons, electrons, muons, and neutrinos. They exhibit a wave particle duality and their dynamics are governed by the principles of quantum mechanics. Properties such as electrical charge, spin, mass and magnetism are studied by making use of quantum state vectors in a Hilbert space. Particle physics finds extensive applications in the fields of medicine, computer science, electronics and national security. Different approaches, evaluations, methodologies and advanced studies on particle physics have been included in this book. Some of the diverse topics covered herein address the varied branches that fall under this category. As this field is emerging at a rapid pace, the contents of this book will help the readers understand the modern concepts and applications of this subject.