The Tender Gaze: Compassionate Encounters on the German Screen, Page, and Stage (Women and Gender in German Studies #5) (Hardcover) 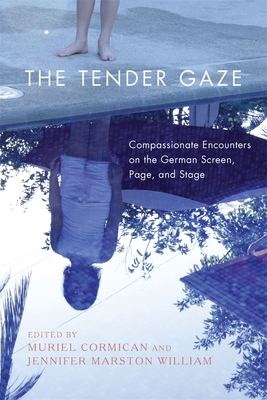 The Tender Gaze: Compassionate Encounters on the German Screen, Page, and Stage (Women and Gender in German Studies #5) (Hardcover)


Not On Our Shelves—Ships in 1-5 Days
(This book cannot be returned.)
The gaze, understood as a way of looking at others that involves contemplation and the operation of power, has an extensive history of iterations such as the male gaze (Mulvey), the oppositional gaze (hooks), and the postcolonial gaze (Said). This essay collection develops a supplemental theory of what Muriel Cormican has coined the tender gaze and traces its occurrence in German film, theater, and literature. More than qualifying the primarily voyeuristic, narcissistic, and sexist impetus of the male gaze, the tender gaze also allows for a differentiated understanding of the role identification plays in reception, and it highlights various means of eliciting a sociopolitical critique in works of art. Emphasizing the humanizing potential of the tender gaze, the contributors argue that far from simply exciting emotional contagion, affect in art promotes an altruistic, rational, and fundamentally ethical relationship to the other. The tender gaze elucidates how perspective-taking operates in art to foster empathy and prosocial behaviors. Though the contributors identify instances of the tender gaze in artistic production since the early nineteenth century, they focus on its pervasiveness in contemporary works, corresponding to twenty-first-century concerns with implicit bias and racism.