Can't Do It Yourself: How Commitment to Others Leads to Personal Prosperity (Hardcover) 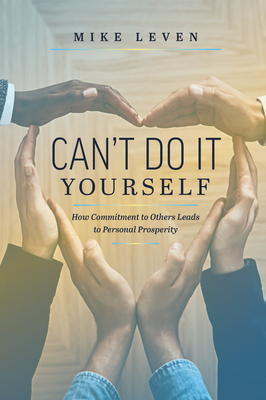 Can't Do It Yourself: How Commitment to Others Leads to Personal Prosperity (Hardcover)

SUCCESS IS NOT ABOUT MONEY, IT'S ABOUT PEOPLE
Raised in a working-class home as an only child and doted on by parents and grandparents, Mike Leven learned about both work ethic and ethical living. Through a long career, he was exposed to discrimination, corruption, and bad decisions that ruined people's lives, as well as great humanitarian efforts, acts of kindness, and mentorship. All of these experiences shaped who he became as a business leader, husband, father, and community member.
Over the course of sixty years, Mike directed the marketing and operations of several companies, moving his way up the chain from barely making ends meet to being his own boss. What Mike learned is that success is not about winning but about how you play the game. This is how Mike Leven played the game.