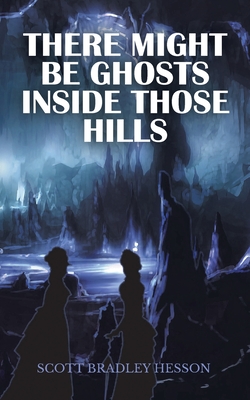 Where some might find a cavern a dark and gloomy place, to me, there is no better, more relaxing place on earth, or in earth. Then again, I have been working in them since I was twelve-thirteen, officially. So I am more used to them than most people. Over those years, I and a few of my friends have seen some pretty unusual things. Not just the beauty of the formations and the chambers, but things that might curl the hair of most. I have heard, but never saw two little girls laugh. I have seen women from the last millennium dressed in their Sunday best turn into mist. I have made a Civil War soldier mad at me, and watched him turn into a ball of black smoke. I have heard the scream of a woman in the dark. These experiences are some of the most vivid memories of my life. Unlike some, I really find these things fascinating and consider myself fortunate to have experienced them. Here I tell of some of these experiences, and many others, including things that I have experienced with real people. I also relay some of the most unusual and, some might call intriguing, things about caves in general. After all, caves have been around for a long time and explored by thousands-in some cases, long before us. In all, I have to say I have lived a blessed life, and thank God for everything I have. In this book, I tell of some of the things that he has let me see. I would like to see more unusual things, but I really don't seem to have any kind of control over any of it. I do know that it has been fun getting there so far and really do hope it will continue. Only time will tell, and one day, maybe I will have enough for a volume two-that would be the ultimate. I do hope to have a couple of new books in the future, after all, I have dealt with the public most of my life. They are, in some cases, more fascinating than the apparitions that I have encountered.