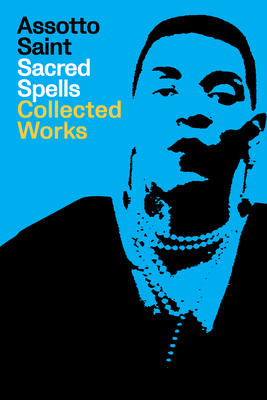 
Coming Soon—Pre-Order Now
The collected life-work of an interdisciplinary writer, performer, and central figure in the Black Gay cultural arts and AIDS movements.In this timely collection of poetry, plays, fiction, and performance texts, Assotto Saint draws upon music and incantation, his Haitian heritage and a politics of liberation, to weave together a tapestry of literature that celebrates life in the face of death. Influential to contemporary writers such as Essex Hemphill, Marlon Riggs, and Melvin Dixon, Spells of a Voodoo Doll is Saint's crucial legacy-five hundred incandescent pages of painful, lyric writing that exemplifies the visceral, spiritual dimensions of an artistic practice that's integral to Black and Trans activist movements in the United States, both historic and present.

Key figure in LGBTQ +, African-American and Haitian art and literary culture of the 1980s and early 1990s. Assotto Saint was a trailblazer in the 1980s and early '90s who heavily contributed to increasing the visibility of contemporary Black queerness in literature and theater.