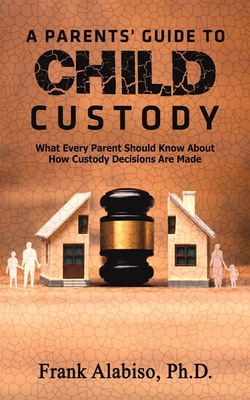 
Not On Our Shelves—Ships in 1-5 Days
With a near 50% divorce rate in the United States, every parent who reads this book is either going through a divorce, has been divorced, is married to or living with someone who is divorced, or will go through one or more of his/her children's divorces. Unlike books designed to enlighten parents about children's reactions to divorce, A Parents' Guide to Child Custody is written for parents themselves. The book provides parents with an overview of the context within which custody is decided by courts today, including a chapter-by-chapter explanation of the factors that are
considered by the court in rendering a custody decision.
Part I opens the book with three brief case histories in which the reader is asked to put herself/himself in the place of the court by imaging what custody decisions they would make if they were the judge. This chapter is followed by an orientation to the three major factors that all courts consider in coming to a custody decision. Each subsequent chapter addresses the specific factors that are weighed by the court in its deliberations. Part II provides a more in-depth view of such topics as the factors considered by judges in coming to a custody decision, what to expect when undergoing a child custody
evaluation, the use and pitfalls of psychological tests, the assessment of parental capacity, and strategies for countering false allegations. Part III reviews eight myths (i. e. commonly held misconceptions) about what is best for children, as well as guidelines for discussing custody with your children. Part IV provides insight into how best to deal with parental alienation, domestic violence, and obstruction of one parent's access by the other parent after the court has ruled on
custody.
Part V concludes with eight sure-fire ways to lose custody as well as the custody evaluator's recommendations in each of the three hypothetical cases presented in Part I.
It is the author's sincere hope that this book will help parents become better advocates for themselves and for their children.