The Guardian of Machu Llaqta (Paperback) 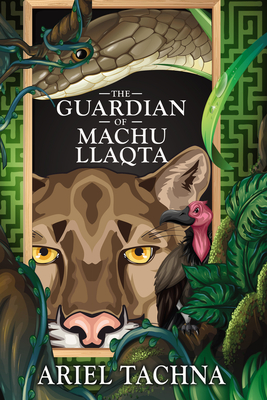 The Guardian of Machu Llaqta (Paperback)


Not On Our Shelves—Ships in 1-5 Days
Professor Victor Itoua has two passions: the legend of Philli-philli… and PhD candidate Jordan Harris. But while ethics rules and his own doubts keep him from admitting, much less acting on, his feelings for Jordan, nothing can stop him from researching the Philli-philli.

Even if it means the torture of spending six months in the Peruvian rainforest, searching for an elusive, possibly mythical guardian with the man he loves and can’t have.

For Jordan, with his history of abuse and abandonment, Victor is the one good, constant thing in his life. When Victor asks him to come to Peru, Jordan packs his bag, prepared to follow Victor anywhere the legends take them.

Then, in a remote village, Jordan and Victor meet T’ukri.

T’ukri is shaken when he realizes who the outsiders are and what they are looking for. Though he agrees to guide them on their quest, he is drawn by a deeper calling. But the more he shares with Victor and Jordan, the more questions they have—questions whose answers require him to reveal secrets that could mean his death should the men he is falling in love with betray his trust….

Ariel Tachna is a polyglot linguaphile with a passion for travel, yarn, orchids, and romance. She has explored 45 states and 13 countries. The rich history and culture of France, the flavors and scents of India, and the sunrise over Machu Picchu in particular have left indelible impressions and show up regularly in her writing. Her passion for yarn has resulted in an overflowing stash and more projects than she’ll probably finish in a lifetime, but that has yet to stop her from buying more. Her orchid collection has outgrown her office and spilled over into the rest of her house (much to her children’s dismay), but that hasn’t stopped her from adding to her collection or from resuscitating any unhappy ones she finds.

When she isn’t writing, knitting, or poking at her orchids, she spends her time marveling at her two teenagers, who never cease to amaze her with their capacity for love and acceptance and sports—they certainly didn’t get that from her!—and their refusal to accept injustice of any kind—she hopes they got that from her.