Congo Diary: Episodes of the Revolutionary War in the Congo (Paperback) 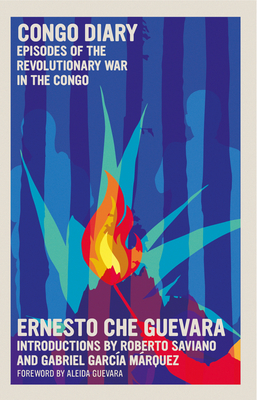 Congo Diary: Episodes of the Revolutionary War in the Congo (Paperback)

In April 1965, Che Guevara set out clandestinely from Havana to Congo to head a force of some 200 veteran Cuban soldiers to assist the African liberation movement against Belgian colonialists, four years after the assassination of the democratically elected socialist president of Congo, Patrice Lumumba.

This diary deals with what Che admits was a "failure," and he examines every painful detail about what went wrong in order to draw constructive lessons for planned future guerrilla movements. Unique among his books, Congo Diary gives us Che's brutal honesty and his story-telling ability as he recounts this fascinating episode of guerrilla warfare unblinkingly and without sugar coating or jargon. Considered by some to be Che's best book, it is also one of the few that he had a chance to edit for publication after writing it.
ERNESTO GUEVARA DE LA SERNA was born in Rosario, Argentina, on June 14, 1928. While studying for a medical degree in Buenos Aires, he took a trip with his friend Alberto Granado on an old Norton motorcycle through all of Latin America, the basis for The Motorcycle Diaries. During his travels he witnessed the Bolivian revolution in 1953; and, in Guatemala in 1954, the overthrow of the democratically elected government of Jacobo Arbenz by US-backed forces. Forced to leave Guatemala, he went to Mexico City, where he linked up with exiled Cuban revolutionaries and met Fidel Castro in 1955. Che joined their expedition to Cuba, where the revolutionary war began in the Sierra Maestra mountains. At first Che was the troop doctor, and later became Rebel Army commander in July 1957.  Following the rebels’ victory on January 1, 1959, he was a key leader of the new revolutionary government and also of the political organization that in 1965 became the Communist Party of Cuba.

"A memoir, an autopsy and a kind of confession, the author reveals his own misdeeds and miscalculations... Is there something to be learned from his book? Yes. Tell the truth, even if and when it hurts. “To replace colonialism with neocolonialism, or one group of neocolonialists with another group that does not look so bad,” Che wrote, “is not a correct revolutionary strategy.”
—Jonah Raskin, Counterpunch