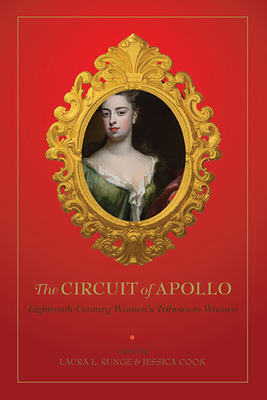 
Special Order—Subject to Availability
Written by a combination of established scholars and new critics in the field, the essays collected in Circuit of Apollo attest to the vital practice of commemorating women’s artistic and personal relationships. In doing so, they illuminate the complexity of female friendships and honor as well as the robust creativity and intellectual work contributed by women to culture in the long eighteenth century. Women’s tributes to each other sometimes took the form of critical engagement or competition, but they always exposed the feminocentric networks of artistic, social, and material exchange women created and maintained both in and outside of London. This volume advocates for a new perspective for researching and teaching early modern women that is grounded in admiration.

Laura L. Runge is Professor of English at the University of South Florida and the author of Teaching with the Norton Anthology of Literature by Women.

Jessica Cook teaches in the English department of the University of South Florida.