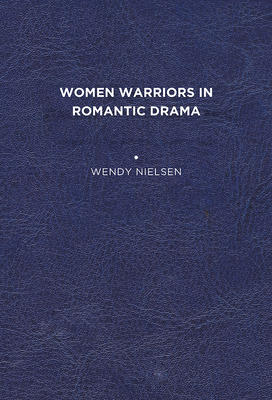 Women Warriors in Romantic Drama examines a recurring figure that appears in French, British, and German drama between 1789 and 1830: the woman warrior. The term itself, “woman warrior,” refers to quasi-historical female soldiers or assassins. Women have long contributed to military campaigns as canteen women. Camp followers ranged from local citizenry to spouses and prostitutes, and on occasion, women assisted men in combat. However, the woman warrior is a romantic figure, meaning a fanciful ideal, despite the reality of women’s participation in select scenes of the French Revolution and the Napoleonic Wars. The central claim of this book is the woman warrior is a way for some women writers (Olympe de Gouges, Christine Westphalen, Karoline von Günderrode, and Mary Robinson) to explore the case for extending citizenship to women. This project focuses primarily on theater for the reason that the stage simulates the public world that female dramatists and their warriors seek to inhabit. Novels and poetry clearly belong to the realm of fiction, but when audiences see women fighting onstage, they confront concrete visions of impossible women. I examine dramas in the context of their performance and production histories in order to answer why so many serious dramas featuring women warriors fail to find applause, or fail to be staged at all. Dramas about women warriors seem to sometimes contribute to the argument for female citizenship when they take the form of tragedy, because the deaths of female protagonists in such plays often provoke consideration about women’s place in society.

Consequently, where we find women playing soldiers in various entertainment venues, farce and satire often seem to dominate, although this book points to some exceptions. Censorship and audience demand for comedies made producing tragedies difficult for female playwrights, who battled additional obstacles to fashioning their careers. I compare male (Edmund Eyre, Heinrich von Kleist) and female writers’ dramatizations of the woman warrior. This analysis shows that the difficult project of getting audiences to take women warriors seriously resembles women writers’ struggles to enter the ostensibly male domains of tragedy and the public sphere.