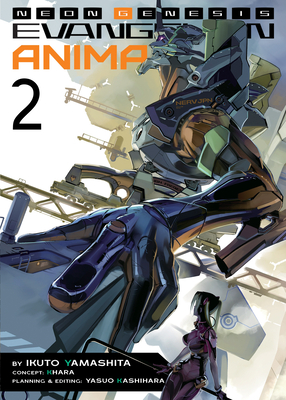 By Ikuto Yamashita, Khara (From an idea by), Yasuo Kashihara (Editor)

This is book number 2 in the Neon Genesis Evangelion: ANIMA (Light Novel) series.

THE SHADOW IN THE SKY Tensions run high as the black giant Armaros looms threateningly over planet Earth, armed with the mighty Spear of Longinus. The pilots race to avert disaster, but Rei Quatre throws a wrench in their plans by kidnapping Misato! Meanwhile, Shinji is confronted by a strange white Evangelion that looks just like Eva-02, piloted by a familiar face. Can Shinji and his comrades save the world yet again, or are the forces arrayed against them just too strong this time?
Ikuto Yamashita is a Japanese mangaka and designer best known for designing the mecha for Neon Genesis Evangelion.