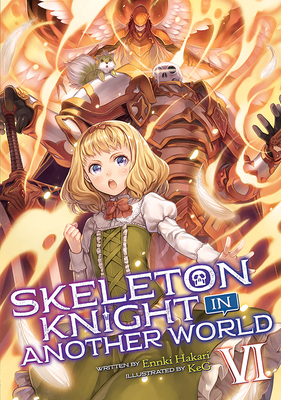 
Backordered
OF DAMSELS AND DEMONS Arc and his companions make tracks for the Holy Hilk Kingdom, intent on unearthing the truth behind what happened to Sasuke. What they run into, instead, is yet another princess in need of rescue! Unlike Yuriarna, however, this one has no intention of letting Arc slip away afterwards. Chivalry may be a knight’s watchword, but there’s only so much a skeleton can do!
Ennki Hakari is a Japanese author best known for the Skeleton Knight series. KeG is a Japanese artist best known for the illustrations in the Skeleton Knight light novel series.